Our mission is to provide year round opportunities for wrestlers who want to pursue the dream of wrestling both at the Olympics and other International Tournaments. 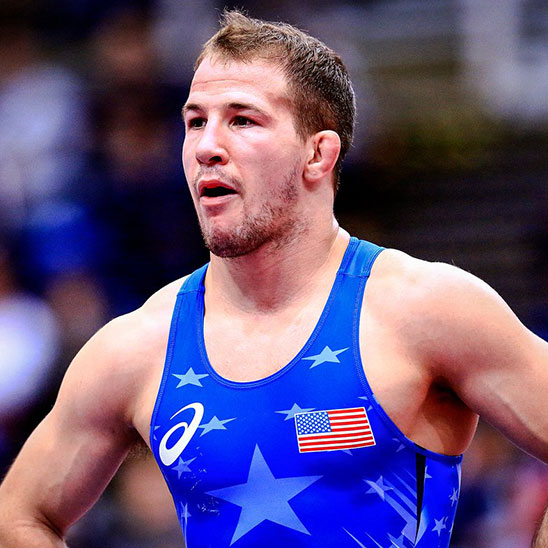 "The Ohio RTC is the premier training environment for elite athletes wanting to make US world and Olympic teams. I used all of their coaching and training partners while I was in school and I look forward to helping our current RTC athletes shoot for their goals." 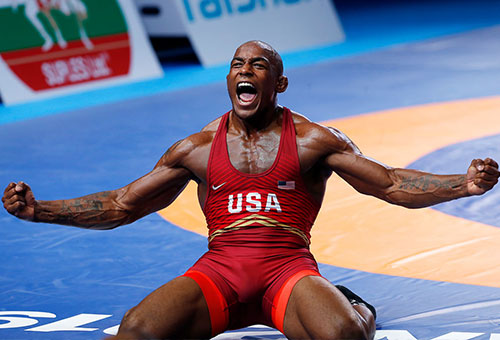 The Ohio RTC annual operating budget is used to provide our athletes the opportunity to become World and Olympic Champions. The opportunity to achieve their championship dreams. The Operating Budget is 100% funded by donations from our supporters, no other funding is available. The organization focuses on our athletes, giving them the environment to be their absolute best. 85+% of our operating budget is spent on our Athletes (stipends & housing), Coaches and training expenses. Our goal is to continue to be one of the best training centers in the United States for World and Olympic Wrestling. 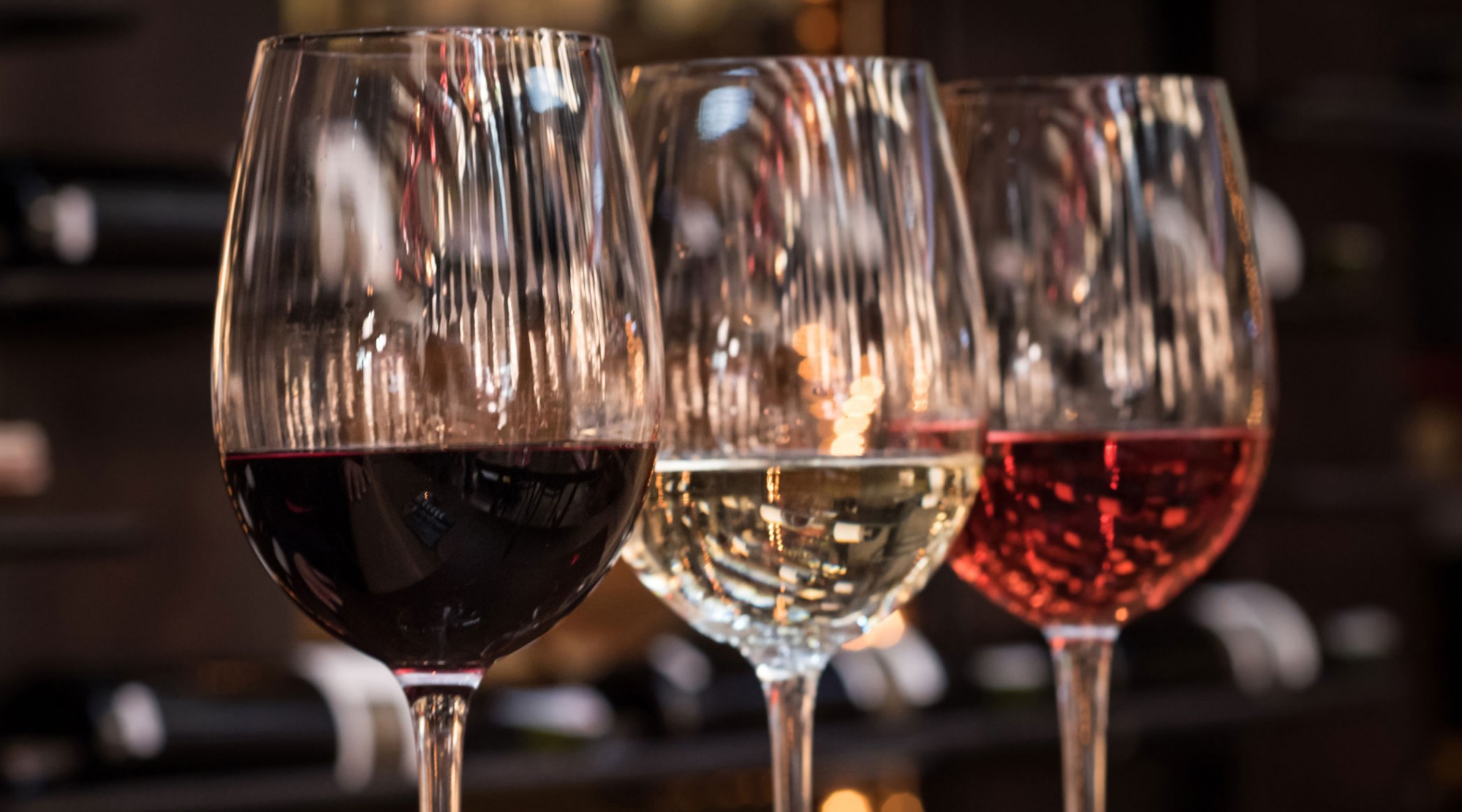 The RTC & mCORE invite you to participate in its Second Annual Heart of a Champion Wine & Food Experience. We envision a world free of sudden cardiac death and the funding of Olympic dreams. Until that vision is realized, we need you to invest in our work and help bring into focus the importance of what we do.

Because of the Corona Virus, our event has been postponed. We will update everyone when we have a new date and time. Thanks for your continued support.

Come train at the OhioRTC! 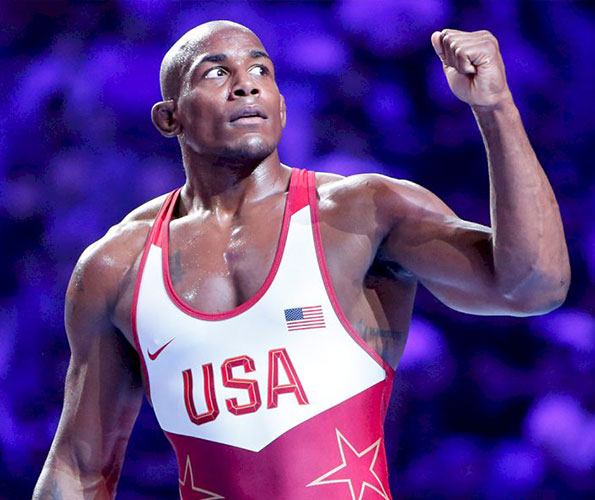 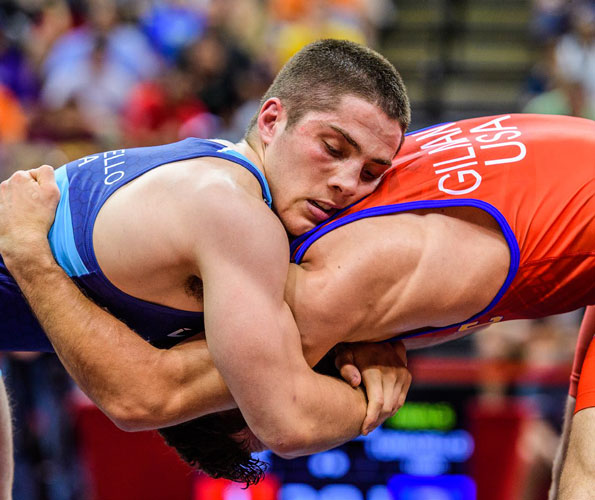 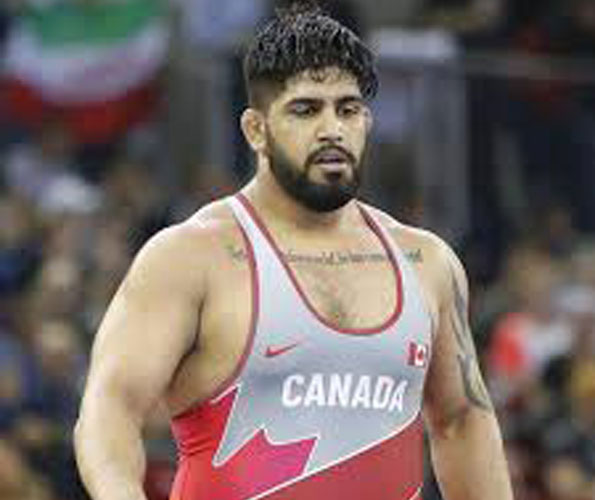 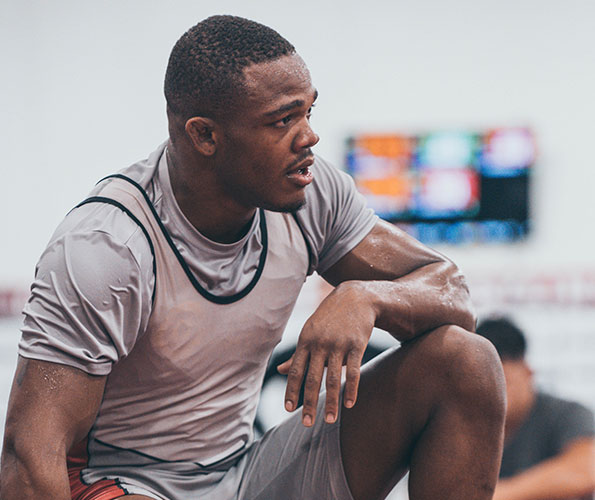 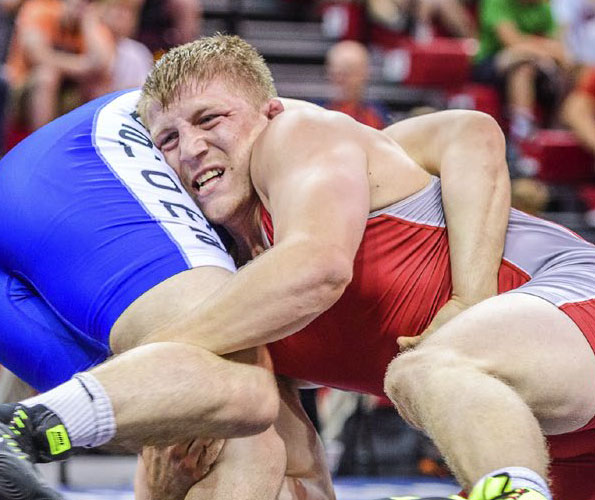 Dlagnev was a two-time NCAA Division II national champion for the University of Nebraska at Kearney in 2007 and 2008; in 2008, Dlagnev led the Lopers to their first-ever team title. Following graduation, he moved to Columbus to train at the Ohio RTC. Since then, he has made eight national teams, winning the World Team Trials seven times.

“Ohio State and the RTC have been staples in the wrestling world,” said Dlagnev. “They’ve given me all the resources to achieve my dreams. I want to add to that and hopefully better the future of the program.”

A native of Sofia, Bulgaria, Dlagnev moved to the United States when he was five years old and went on to finish fourth in the Texas state tournament as a junior in 2002, in just his second year of organized wrestling. From there, he was third as a senior in 2003 before taking his talent to the University of Nebraska-Kearney where he was a four-time All-American, the 2006 Midlands champion and an NCAA champion in 2007 and 2008.

Two-time NCAA champion J Jaggers made a seamless transition from student-athlete to coach in 2009-10. In addition to his integral role in the gym and his coaching duties during matches, Jaggers has recruiting responsibilities as well. His work on the recruiting trail, and on the mat, helped guide the Buckeyes to the 2015 national championship, the first in the 94-year history of the program.

Jaggers concluded his Buckeye career in impressive fashion, becoming just the third wrestler in program history to win two national titles. A three-time All-American and four-time NCAA qualifier, Jaggers collected 107 wins during his career. After winning his first national title in 2008, he was honored by the Greater Cleveland Sports Commission with Collegiate Athlete of the Year. He was also named the Ohio State Male Athlete of the Year in 2009.

Anthony Ralph, who played an integral role in helping to mold Notre Dame College into a Division II power, was brought on to the staff as a volunteer assistant in October of 2016 and has since taken over the role of recruiting coordinator for the Buckeyes.

Ralph was with Notre Dame since its inception in 2006-07, serving as an assistant coach until he was named co-head coach in the summer of 2015. Ralph played an instrumental role in making the program a model of success. Prior to 2012, Ralph and the Falcons won the national titles at the NAIA level in 2010, 2011 and 2012. After joining the Division II ranks in 2012, Coach Ralph and the Falcons captured a team national championship (2014), produced 18 national champions, 62 All-Americans and 102 NCAA qualifiers.

On the recruiting trail, Ralph was responsible for bringing in the No. 1-ranked classes for five straight years between 2012 and 2016 according to Amateur Wrestling News. Included in that group was Joey Davis, the only undefeated and four-time national champion in NCAA Division II history (133-0).

Ralph wrestled collegiately at Kent State for current Notre Dame head coach Frank Romano. He earned a Mid-American Conference championship at 157 pounds in 1997 when he also qualified for the NCAA Championships.

A native of Cleveland, Ralph was a three-time state placer in high school for St. Peter Chanel (the same program that produced two-time national champion and assistant coach J Jaggers). He won state championships in 1996 and 1997 and compiled a career high-school mark of 125-19. In 2001, Ralph returned to St. Peter Chanel and was an assistant coach for five years. In that span, he coached six state champions, 23 state placers and three Fargo All-Americans.

Bo Jordan competed for the Buckeyes for four years at The Ohio State University before joining the OhioRTC coaching staff in 2018 shortly after college graduation. Jordan was born and raised in Ohio and went to high school at St. Paris Graham before deciding to continue his wrestling career at Ohio State. Jordan, Tomasello, and Snyder made history when they became the first trio of wrestlers from the same university to become four time All Americans in the same year.

During his four years of competing at Ohio State, Jordan was a three time Big Ten finalist and a four time All American. In 2017, he was a Big Ten champ and a national finalist. He was also a team captain all four years.

Jordan and his wife Ashley have a growing family, as they currently have two girls and a third one on the way.

“Ohio State and the RTC have changed my life. Not only did the culture they produced make me a better wrestler, but that culture made me a better man.”

Stieber was a 4x time Big Ten and 4x NCAA Champion for the buckeyes. He also led Ohio State to the 2015 NCAA team title his senior year. While in college Logan placed at the us open 4 times and made the US National team in 2013.

“I came to Ohio State with the knowledge they had a great RTC and after graduating I took advantage of it for 3 years before retiring from the sport. I am very excited to continue to work with these high level athletes and help them reach their Olympic goals”.

Dennis Hall, is a member of the National Wrestling Hall of Fame and a three-time Olympian. In 1995, Hall became the second American in history to win a World Championship in Greco-Roman wrestling, defeating four former World Champions en route to the title. An Olympic Silver Medalist in 1996, Hall also won the US World Team Trials seven times (1990, 1993-95, 1997-99) and was a 10-time U.S. National Champion (1992-2001).

Hall also served as head coach at the U.S. Olympic Greco-Roman Training Center based at Northern Michigan University, in Marquette, Michigan during the 2009-10 season. He currently operates his club, World Gold Wrestling, in Wisconsin Rapids, WI.

Bryan Koontz comes with vast knowledge of position and technique with over 25 years of coaching experience from youth, through senior level athletes in Folkstyle, Freestyle and Greco-Roman wrestling, with an added emphasis on hand fighting and upper body technique. He served as a training partner to World Champions, Dennis Hall, and Aghasi Manukyan, and has been the assistant coach at Dennis Hall’s World Gold Wrestling Club since 2010. He is also an Assistant Coach for the women’s wrestling team at the University of Wisconsin, Stevens Point.

Upon arriving to Columbus in 2006, a main objective was to develop a freestyle program that would attract and develop the nation’s best talent. The Ohio RTC is the end result of that vision.

Since 2006, we have grown tremendously from one funded athlete to as many as eight, along with three coaches and a strength coach. Thanks to the “Pay It Forward” mentality of those who care deeply for the sport of wrestling, along with Ohio State and the Olympic movement, we continue to provide a world class environment.

Over the last six years the Ohio RTC has won 3 National titles as the elite regional training center in the United States. In 2016, Ohio RTC athlete, Kyle Snyder, became the youngest American wrestler to win an Olympic gold medal.

The Ohio RTC trains out of the Steelwood training facility, sharing the facility with the Ohio State University Wrestling team. The “ache” for excellence among the men in these two programs has, and will continue, to create a world class culture.

The Ohio RTC is fortunate to be guided by a great Board of Directors made up of former Ohio State wrestlers and local businessmen. They understand the symbolic relationship between Ohio State wrestling and the Olympic dream.

We ask you to join us in supporting the Ohio RTC, and our mission of building future leaders, through the sport of wrestling.

Coach Myers is a 2002 graduate of The Ohio State University and a Certified Strength and Conditioning Specialist (CSCS). He is the owner of The Old School Gym in Pataskala, founding partner of supplement company Max Effort Muscle, a regular contributor to the Muscle & Strength website and Flowrestling, and has been with the Ohio RTC since 2012.

"Working with the elite athletes of the Ohio RTC is a dream come true for any strength coach, and I'm proud to be involved with the men of this organization. My mindset is always to lead by example and help bring out the best in others as we reach for lofty goals" 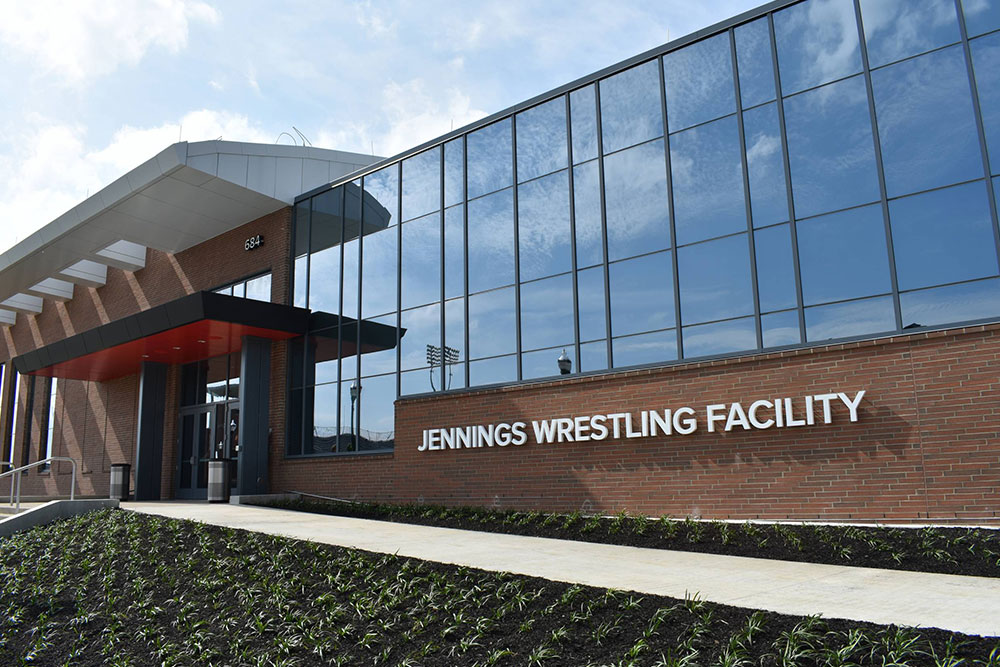 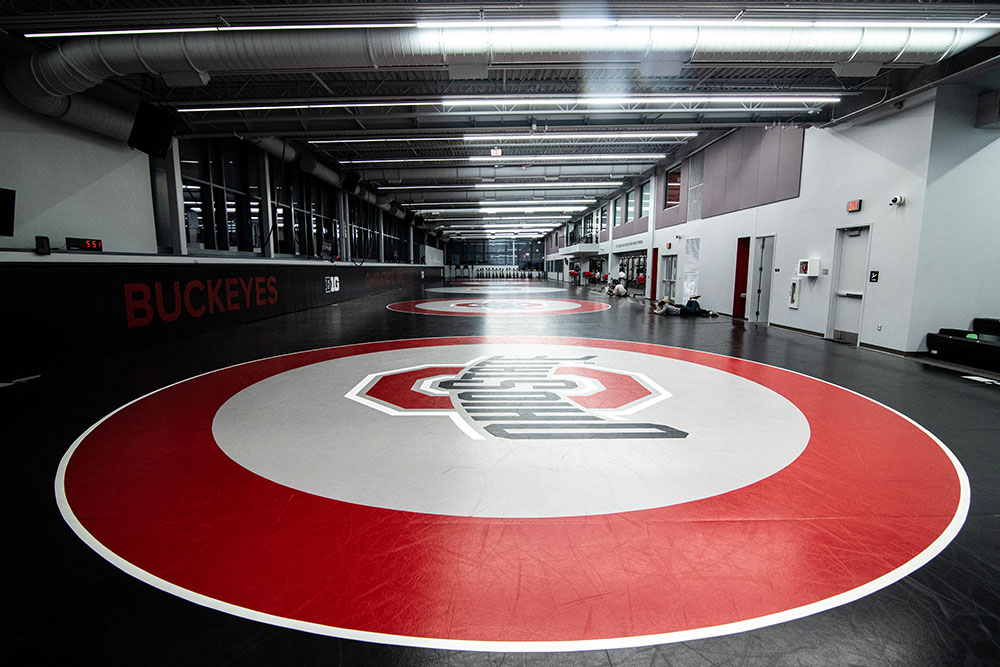 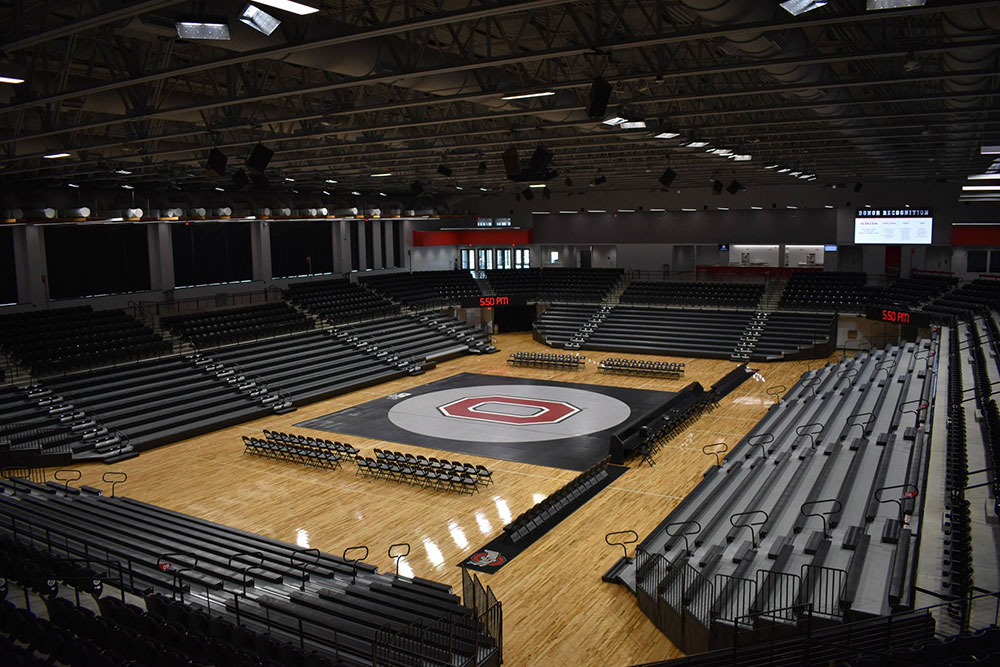 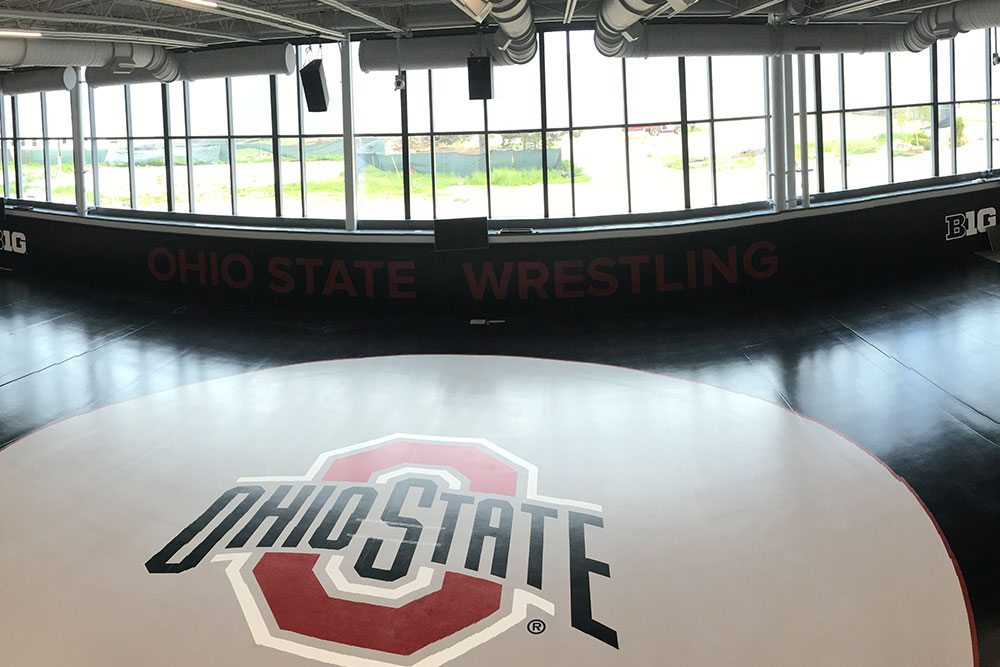 The new Jennings Wrestling Facility, the first such facility dedicated solely to wrestling training at Ohio State in years, opened in the Spring of 20190. This state of the art facility replaced the Steelwood Athletic Training Facility west of campus on Kenny Road, which was shared with the school's gymnastics, and fencing teams.

"When you have a facility to the standard that this one is, it screams value; it screams importance; it screams that when you come here, you are going to be treated in a first-class way," said Ryan. 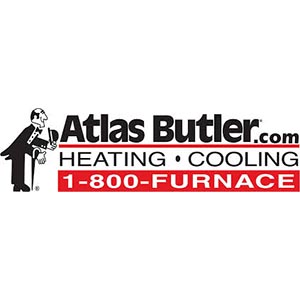 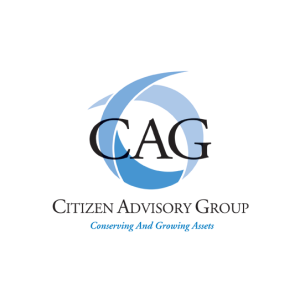 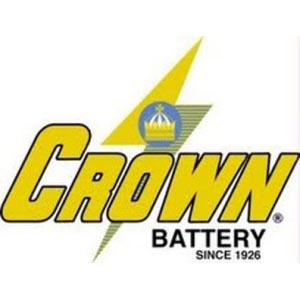 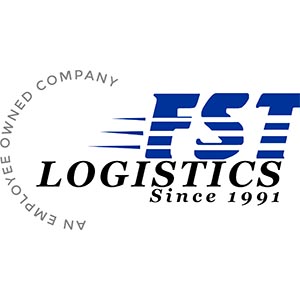 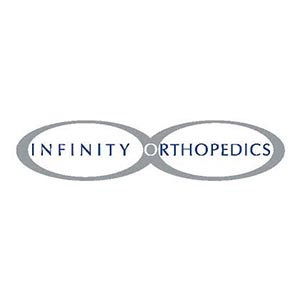 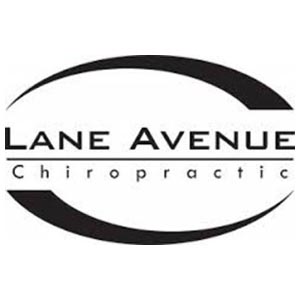 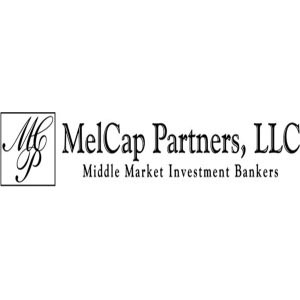 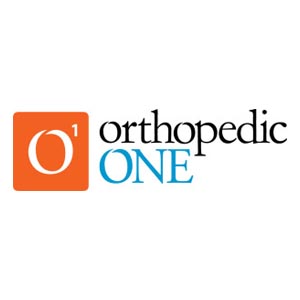 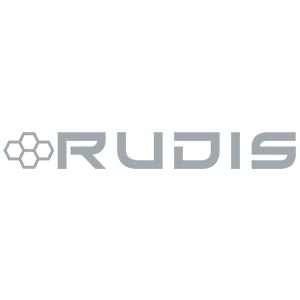 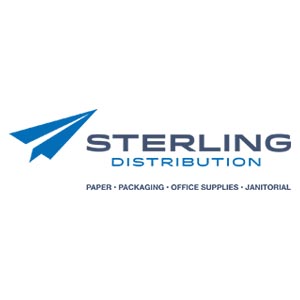 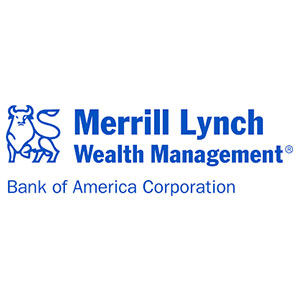 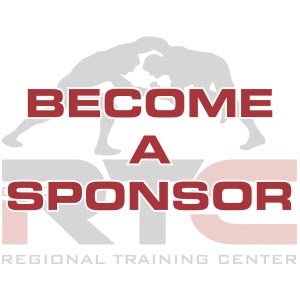 Thank you for your interest in becoming a sponsor. Please contact Logan Stieber at stieber125@gmail.com.